El Latido Occulto is a Dominican-American television series based on the book series written by Alba Marie Colon , "The Hidden beat" that was published from 1981 to 1988 detailing Alba's life at a music school in Manhatten along with colorful and diverse cast of characters, the show originally aired between 1991 and 1998. 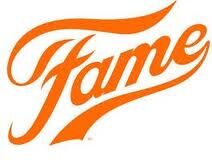 Using a mixture of comedy, drama, romance and music, it chronicles the lives of several young adults—wearing nothing but smiles and the occasional tattoos or battle scars. Stories of friends and lovers—rolling joints, having sex, tagging buildings, and skinnydipping all at a New York University for students giften in the preformance arts.

1/13
Retrieved from "https://famethetvshow.fandom.com/wiki/Fame_the_TV_show_Wiki?oldid=4230"
Community content is available under CC-BY-SA unless otherwise noted.